We are accustomed to seeing a profound distinction between the Profit and Non-Profit world. We often live the textbook definitions because they give us the feeling of truly understanding our reality, but reality does not always follow our plans. In the past, a major part of organizations acted to bring an economic benefit to the entire community or an individual. The Non-Profit concept was born at the beginning of the 20th century from the need to pay attention to the care of social aspects that were not profitable, but of social utility. Up until that moment the prevailing business model was buyer to buyer, and the idea of using this model to profit from a social issue is absurd. This gave rise to social intervention associations, bodies that benefit from a facilitated tax system to mitigate social issues that traditional businesses did not take into account.

Are we sure that this distinction is absolutely necessary?

One of the modern economic innovations lies precisely in the business model: we have moved from the simple seller-buyer model to more complex models where the user of the service, or the beneficiary, is not the one who pays. The classic example is Google, non of us pay to complete searches. Business customers pay Google for advertising, market research, and so on. Simply put, by offering a free service Google has created value for other companies.
Until recently, the success of a company was evaluated on the basis of its balance sheet, turnover, and other economic parameters.These parameters create a huge difference between the world of Profit and Non-Profit. Let’s imagine that Google is the best search engine for both users and advertisers who are satisfied with their advertising investments. Can we say that the ability to deliver an excellent service is the cause of Google’s success? Certainly yes, the better the service the greater the sales, the more sales bring more capital to further invest and improve the service or create new ones. It creates a virtuous cycle that will significantly accelerate the growth of the company, leading it to make the market leader.
Let us now thing instead think of an association that deals with the distribution of meals for the poor. Let us imagine that the association is the best in transforming donations into meals and that it knows how to distribute them efficiently. Can we say that this association is the most committed to the fight against poverty? Unfortunately, the ability to provide a service is not enough if it is not supported by a major fundraiser. The substantial difference between the two models lies precisely in the value chain. While for For-Profit companies the service or product decrees its success, in the Non-Profit world services and results depend on fundraising activity. Here is where we find the economic realities, small Non-Profit organizations run by a few people who do excellent work, but fail to have a great impact precisely because they are unable to raise sufficient funds. Then we have foundations that are very efficient in raising capital, but much less efficient in providing services, in fact it often happens that foundations finance other realities according to their criteria that differ from foundation to foundation. The concept of donation is not viewed pleasantly in the business world because it creates “drugged” realities dependent on external factors beyond the company’s control, and people are much more likely to make an investment by accepting certain risks rather than making a donation.

Are we still sure that the distinction between Profit and Non-Profit is necessary?

The separation of the two worlds stems from the inability to see value in social issues, but fortunately the horizons are widening. Starting from the environment, it is clear that preserving biodiversity, reducing pollution emissions have a positive impact on our planet and consequently also an economic value. If we were to add environmental impact to company budgets, the impact would be devastating, especially for heavy industrial companies.
Some instruments such as the carbon tax go in this direction, i.e. they try to give an economic value to what is a social value, although it is not easy to give an economic value to a clean world, it is important to try to think in economic terms. Since 2000, many economists have been working on so-called impact finance, looking for tools that would make the economic implications of social issues clearer.
The first case was in England with social bonds, which are nothing more than a “bet” on the solution of a certain social issue.
Let’s look at the problem of recidivism in prisons, a prisoner costs the Italian state 137 euros a day, if we decided to pay 50 euros a day to the prisoners to behave well and releasing them the state would save, on paper, 87 euros a day that for the 60,000 prisoners would reach over 5 million a day. Obviously this is a hypothetical calculation, in this way we would completely miss the deterrent aspect of prison as well as rehabilitation, but an entrepreneur would certainly see a great business opportunity.

If we could reduce the number of inmates in more realistic methods, for example by training inmates to be ready for a job at the end of their prison term and avoiding recidivism, the state would still have a saving and could use part of this saving to invest or reward the investments made in the sector.
This is, in a simple way, the definition of social bond according to the Anglo-Saxon scheme, in order to work it needs a guarantor, which is committed to economically reward those who manage to reduce social expenses.
Social bonds are a tool that will probably change the third sector, but since they are so complex, we will have to wait a bit longer.
Another scenario, and in my opinion more interesting and dynamic, is if we could apply the capitalist mechanism to social issues, what results could be obtained? Social entrepreneurship does not need guarantors, everything is based on capital risk, in this case, with the addition of a social mission, then companies such as the Grameen Bank, called the bank of the poor, founded in 1976 by the Nobel prize winner Muhammad Yunus, are born.
The concept behind Gramin Bank is exactly the opposite of what traditional banks are based on: credit worthiness. It is well known that banks do not lend money to those who do not have references, but in a poor country like Bangladesh the poor have proved to be reliable payers, even better than the rich. It is these insights that, when put into practice, allow the birth of impossible enterprises such as a roasting company run by homeless people, a telephone company for Deaf people, and so on.
Faced with these realities, the distinction between Profit and Non-Profit is blurred, leaving room for the imagination and creativity of entrepreneurs who can put their skills at the service of society, demonstrating that applying entrepreneurial logic to social issues is not only possible, but above all sustainable and replicable. 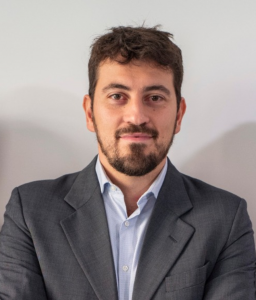 After 4 years as an IT consultant he quit his job and founded Pedius. From 2013 to today Pedius has allowed over 33,000 people in 14 countries to make phone calls. In addition to Pedius, Lorenzo is active as a lecturer in business ethics at Luiss Guido Carli University.

This website uses cookies to improve your experience while you navigate through the website. Out of these, the cookies that are categorized as necessary are stored on your browser as they are essential for the working of basic functionalities of the website. We also use third-party cookies that help us analyze and understand how you use this website. These cookies will be stored in your browser only with your consent. You also have the option to opt-out of these cookies. But opting out of some of these cookies may affect your browsing experience.
Necessary Always Enabled
Necessary cookies are absolutely essential for the website to function properly. This category only includes cookies that ensures basic functionalities and security features of the website. These cookies do not store any personal information.
Non-necessary
Any cookies that may not be particularly necessary for the website to function and is used specifically to collect user personal data via analytics, ads, other embedded contents are termed as non-necessary cookies. It is mandatory to procure user consent prior to running these cookies on your website.
SAVE & ACCEPT